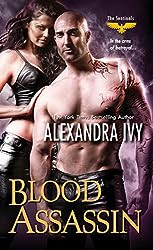 They are the outcasts of humanity. Blessed with power. Cursed by fate. Driven by passion. The Sentinels have returned. . .

Out Of The Shadows

At six-foot-three and two-hundred-fifty pounds, Fane is a natural born guardian. A flawless mix of muscled perfection and steely precision, he has devoted years of his life to protecting a beautiful necromancer. But after she found love in the arms of another, Fane has been a warrior adrift. He swears allegiance only to the Sentinels. And no woman will ever rule his heart again. . .

Not only a powerful psychic, Serra is that rare telepath who can connect to minds through objects. When the daughter of a high-blood businessman is kidnapped, Serra agrees to help. But when she stumbles onto a conspiracy involving secrets sects and ancient relics, her life is in mortal danger--and Fane is her only hope. Is the warrior willing to risk his body, his soul, and his heart, for Serra? Or will one last betrayal destroy them both?

It's getting hot in here and yes clothes definitely were coming off. But I regress.

First I want to say that I like the main characters' names - Serra and Fane.

The fact that they both knew how to take care of business and handle themselves in a fight was great. The romance and heat between the pair has been building for a while now and when we get to read their story in this book, let's just say fireworks have nothing on the sparks and inferno of this pairing.

The strengths of both complement and help fill the weaknesses in each other. I read this book in one sitting and would do so again, any time.


Would I recommend this? Yes! Tall, dark, smoldering and a warrior....checklist complete.
Posted by K Garcia at 5:59 PM No comments:

My third week (Nov 16-22) of writing is drawing to a close and I feel frustrated.

I've continued to write consecutively (Nov, 6-22) but my productivity level has slowed. Mainly due to a teenager who wants to rebel over ever little thing and other related stressors that zap all creativity out of me. Also my word warring partner had a crazy week, too. I think this week was meant to aggravate the living daylights out of me.

Strength comes from knowledge. I know I can win. Eight days to go. Like Salt-N-Pepa said, "it's time to push it!" 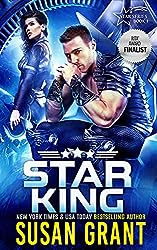 Lair of the Lion is a  dark-edged and enthralling take on the beloved “Beauty and the Beast” fairy tale. It is the breathtaking story of a beautiful, penniless aristocrat who promises herself to the handsome, powerful, mysterious, and not wholly human Don Nicolai DeMarco in order to free her imprisoned brother—even though legend has it that the Don will destroy any woman he weds.

So, I've been doing mostly paranormal reads and thought it prudent to vary up my reading diet with other types of romances.

I've not found that many good science fiction romances, but I'd heard that Ms. Grant was really good at the genre so I picked up this title and decided to give her a shot.

I'm glad that I did. This book started with a literal bang and maintained a nice balance between action, adventure and romance. Plucky heroine with a hero that really has a heart of gold but tries to hide it because it's led to heartache for him.

The worldbuilding was pretty awesome and I could really picture each planet that was visited.


Would I recommend this? Yes. Give yourself the treat of this out-of-this world experience.

Kishaz Reading Corner: Lair of the Lion by Christine Feehan 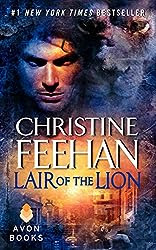 Lair of the Lion is a  dark-edged and enthralling take on the beloved “Beauty and the Beast” fairy tale. It is the breathtaking story of a beautiful, penniless aristocrat who promises herself to the handsome, powerful, mysterious, and not wholly human Don Nicolai DeMarco in order to free her imprisoned brother—even though legend has it that the Don will destroy any woman he weds.

My paranormal romance reads so far this last half of the year have not been disappointing. See, browsing a library can bring good things your way.

This is not one of her more recent works (Lair of the Lion was published in 2010) but it still has all the hallmarks of Feehan's style that I enjoy.

The heroine in this story is not shrinking violet which was fun to watch as she pitted her will against the hero/antihero, Don Nicolai DeMarco's "cursed" existence. The characters were complex and pretty well developed so that I didn't feel like I was reading about "token fodder" for the sake of the plot.

There were a few twists that I honestly didn't see coming and can't list because they would spoil the book.

Would I recommend this? Yes, especially for those who love saucy heroines. 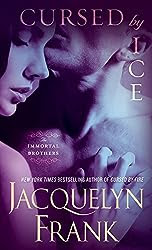 As punishment for plotting with his brothers to steal immortality, Garreth is suffering a freezing torment until the end of time. Again and again, his fierce fighter’s physique is frozen into a chiseled ice sculpture, his heart hardening like a diamond in his chest—only to thaw and resume the chilling torture. Until, like his older brother Dethan, he is offered a reprieve from a goddess—in exchange for his allegiance in a celestial civil war.

Garreth lives to fight and fights to live. But while laying siege to an embattled city, he finds another reason to go on—a beautiful warrior woman named Sarielle, who commands a mythic beast through a mysterious and powerful bond. Terrified of her strength, the city rulers have kept her captive, and now she refuses to submit to a new master. As Garreth seeks to unleash her passion and melt the icy resistance of her heart, will he become her ultimate salvation—or lead them both to greater destruction?


Disclaimer: I received no compensation from the author, Netgalley or the publisher for this honest review.

This is the second book in this series. You can read my review of the first one here.

This story focuses on Garreth, the warrior cursed to freeze at night. He tries to have icy control over his heart and emotions but all that gets disrupted by innocent and vulnerable Sarielle whose heart is just as chilled and guarded as his.

The mix of jaded warrior (Garreth) versus innocent, yet stubborn protector (Sarielle) made the story a decent read. This one took me longer to read than the first one and I can't quite pinpoint why. Overall, so far, this series is pretty good.


Would I recommend this? This sequel keeps the pace set by the first. If you like to finish a series then yes, go for it.


Don't forget to get the first book in this series 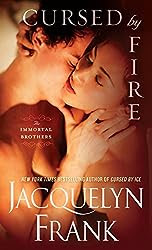 For centuries, Dethan has been trapped in a fiery inferno for defying the gods and snatching the power of immortality. Condemned to have his battle-hardened body licked by flames only to regenerate and be consumed all over again, Dethan has lost all hope—until the Goddess of Conflict appears. She will release him from torment—if he’ll use his power and strength as a warrior to raise an army and defeat a fierce enemy faction of gods.

Free to live as a man once again, Dethan meets Selinda—heir to the throne of Hexis—and his thoughts quickly turn from the conquest of cities to the conquest of this headstrong beauty. Betrothed to a cruel, calculating powermonger, Selinda needs a champion, and so Dethan enters into another bargain: If she will share her bed—and her body—with him, Dethan will save her city from destructive forces within and without. As the lovers ignite a searing passion, Dethan will risk all—even the wrath of the Goddess of Conflict—for a chance to make Selinda his forever.

My second week (Nov 9-15) of writing is drawing to a close and I feel like I'm slowing. But I won't. I will maintain and increase my activities next week.

I've continued to write consecutively (Nov, 6-15) and my productivity along with the word wars with Angela Markham and other fellow writers has helped me to stay motivated as I chug along.

I've been doing NaNoWriMo since 2008. Some years I've been more successful than others. Last year was a struggle but I made it. This year I wasn't sure if it work since I've been on a bit of a major writing dry spell for a year and a half.

I am happy to say that as my first week (Nov 1-8) draws to a close, I've managed to not only write consecutively (Nov, 6-8) but I've been productive, too. I managed at least 1,000 words or more each time that I've written.

Time to make it happen!
Posted by K Garcia at 12:30 AM No comments: