Anna James is single again, finally. In her opinion, men are self-centered and will never love her for who she is, a beautiful, plus sized woman. All except the fantasy man that she’s been meeting in her dreams for five years.

She just never expected her fantasy to be a real live alpha shifter...

Cade Le Beau isn't what he seems. He’s a billionaire wolf. A Shifter. He laments his missed chance six months ago to meet his fantasy woman in the flesh. Just as his second chance presents itself, his fantasy woman, his mate, is threatened by the local mob boss and her ex-husband. Now, he has forty eight hours to deal with this threat once and for all or chance losing her again.

Is it Anna who’s in danger, or the humans who unwittingly threaten her?

The heat is on the moment they lay eyes on each other. Neither, age, children, horrid ex-husbands, nor mob bosses will stop this love affair.

This book is actually a 3.5 stars for me. It was a solid urban fantasy/paranormal romance read.

I liked the characters, especially Cade. He had just the right amount of gentleman mixed with bad boy and alpha male. Anna was sweet, yet fierce. Her personality complemented Cade's very well. Her bad guy, Anna's ex-husband, definitely lived up to his nasty demeanor.


I had trouble with the story in a few areas for the following reasons:

1) The secondary characters, when they did appear, did not feel "fully fleshed out" for me. I wanted to see just a little bit more, especially in regards to Cade's and Anne's family members.

2) Though there were explanations to explain the "paranormal" and "magical" aspects of the story, I felt that they were a little vague and that made it hard to suspend belief in some places.

3) Also there is a moment when Anna's personality did a 180 and I found that it didn't feel like it "fit" with her overall behavior. I know authors like to show character growth but that particularly scene didn't work for me.

Would I recommend this book to others? Yes I would. I plan on reading more in the series because I want to know about Cade's six other brothers.
Posted by K Garcia at 7:59 PM No comments:

In Rhyannon Byrd's latest Bloodrunners romance, passion and secrets collide and only their love will save two werewolves and their pack.

With his sharp gaze locked on the most magnificent female he'd ever seen, Wyatt Pallaton did his best to hold himself back. Of course, Elise Drake was hardly just any female. Fiery and cool, strong, yet at the same time achingly vulnerable, she'd turned his entire world on its head.

No matter how bloody difficult it proved to be, he was done letting her pretend he didn't even exist. Done with letting her fight her own battles. Done driving himself slowly into this maddening state of frustrated desire. One way or another, things were about to change.

Come hell or high water, she was done running…


Again, I've run into the problem of reading a book out of sequence that was/is part of a series. That's why the back story, when there was some, didn't make much sense to me. The characters were okay and the plot wasn't too complex which made for a fast read. I thought the relationship between Wyatt and Elise was strange and sometimes a little weird. And, their pasts, which I would like to have known a little bit more about, were skimmed over and used only to point out their individual relationship issue hang-ups.

Would I recommend this book? Possibly. I would highly suggest that readers begin with book 1 in the series.
Posted by K Garcia at 12:00 AM No comments:

Any excuse that allows me to celebrate my fellow authors is a good one. Come join us in this hop as we say thanks to the readers who read our work. 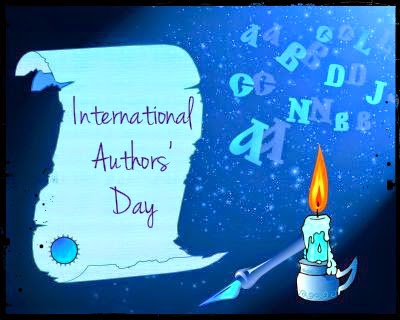 Millionaire ad executive Landon Downey has a policy: no romantic relationships allowed. So when he's saddled with his six-year-old nephew for a week, he doesn't think twice about asking Kimber Reynolds to act as live-in nanny. What he doesn't expect is the undeniable attraction to the woman he hasn't seen since they were kids. And not only does she like him back-she suggests they work their way down a list of extracurricular activities in the bedroom. How can he resist?

Kimber wants to prove once and for all that she can love 'em and leave 'em with the best of them. All she has to do is keep her sixteen-year crush on Landon out of the equation. No problem . . . until she realizes she may not be the only one whose heart has gotten completely tangled up in their no-strings agreement.


I've been on a romance kick lately and reading books in the genre has been an interesting experience in variety. Some books I've enjoyed more than others and, since I'm venturing outside of just the paranormal/urban fantasy sub-genres of romance, I've found great little gems.

This story is one of them. Landon and Kimber are two very real and very vulnerable characters for different reasons. What they do have in common are pasts that continuously haunt their present and makes them both guarded and unsure of their futures.

Watching the two of them work through various small (and some major) issues kept me glued to this book which I finished in one sitting. I like this author and will gladly read other books in the "Love in the Balance" series.

Would I recommend? Yes!

Show Your "Were" Love July Contest

This year has been a landmark year for the Werelove series and with the influx of new readers, I wanted to say thank you to new and familiar readers alike. This contest ends August 2 and I'm giving away 3 goodies: 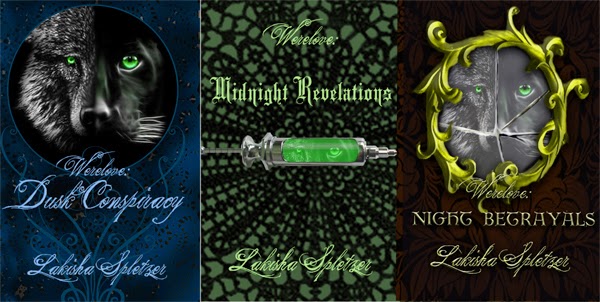 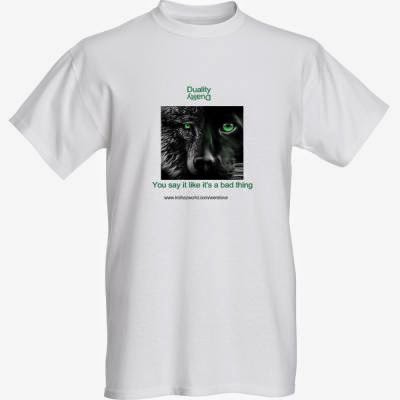 a Rafflecopter giveaway
Posted by K Garcia at 12:00 PM 1 comment:

I'm pleased to bring you the second event/giveaway with Indie Hoopla and show the cover for the long-awaited sequel to my debut novel Jewels.

Special Lt. Jewels Enbran took to the stars with her husband, Dex LoudRoar, Crown Prince of Felinia, to search for answers about Earth's new allies and their enemy, the Lupinious Empire. She didn't expect to have such a difficult time fitting in or dealing with the crushing animosity of the xenophobic Gatoans.

Amid the political turmoil and the ongoing war with the Lupines, Jewels struggles with her own understanding of the two species. She tries to keep it together, but that is hard to do with the recurring nightmares, frequent assassination attempts and her own inner demons. She wants to find happiness, but at what cost? Can the deepening love and trust she shares with Dex be enough to withstand the challenges of his people? Is the fate of three empires worth more than her own desires?

She thought she would find peace and security with Dex, but the trials and tribulations of her unexpected pairing to royalty are just beginning....


Get the First book

Special Lieutenant Jewels Enbran, a human telepath unable to shield her mind from thoughts, uses telepathic anchors who protect her vulnerable mind. Her current anchor, Colonel Jeremy Lingley, is nearing burnout. An alien race is seeking an alliance with Earth and the pair are assigned the mission of discovering the aliens’ secrets.

Crown Prince Dex LoudRoar is a Gatoan warrior and a royal with a terrible secret. His people wage a constant war against their enemy, the Lupinious empire. But the tide of battle is turning and his people seek help from a new source: the humans of Earth.

With an interstellar war looming, Jewels and Dex seek salvation for their planets and find their destinies changed forever.

$10 Amazon.com or BN.com Gift Card, Ebook giveaways, Ends 07/21/2014. Open only to those who can legally enter, receive and use an Amazon.com or BN.com Gift Code or Paypal Cash. Winning Entry will be verified prior to prize being awarded. No purchase necessary. You must be 18 or older to enter or have your parent enter for you. The winner will be chosen by rafflecopter and announced here as well as emailed and will have 48 hours to respond or a new winner will be chosen. This giveaway is in no way associated with Facebook, Twitter, Rafflecopter or any other entity unless otherwise specified. The number of eligible entries received determines the odds of winning. Giveaway was organized by Kisha from Indie Hoopla Services & Promotions, http://indiehoopla.com and sponsored by the author. VOID WHERE PROHIBITED BY LAW. a Rafflecopter giveaway
Posted by K Garcia at 12:00 AM No comments: