Blog Tour: The Souls of Aredyrah series by Tracy A. Akers


About the Series
Game of Thrones meets Narnia in this epic tale of two boys whose chance meeting leads them to a disturbing discovery: Not only are they bound by blood and prophecy, but their opposing beliefs are founded on similar lies. With adventure and romance, mysticism and cultural conflicts, this coming-of-age tales asks: What would you do if you learned everything you’ve been raised to believe is false—and those in power will do anything to stop the truth?

In the world of Aredyrah, things are not what they seem. An ancient Purge has plunged the island into darkness, isolating its cultures by superstition and fear. Dayn lives in the northernmost region of Kirador and knows nothing of the great city-state of Tearia far to the south. All he knows is the Kiradyns are the only survivors of a god’s fiery wrath, and he looks nothing like them. Meanwhile Ruairi, a prince destined for greatness, resents his Tearian obligations, longing for a life he can never hope to have. But when tragedy takes his beauty as well as his name, he finds himself exiled by the very beliefs he once held dear. Both boys long for acceptance in societies that cling to religious ideals, but when fate throws them together, Dayn and Ruairi discover some unwelcome truths: not only are they bound by blood and prophecy, but the teachings they have been raised on are nothing more than lies. Will they reveal what they have learned, risking their lives and the security of those they love? Or will they keep silent, denying their destinies and the future enlightenment of their world?

The Prophecy has come to life in Tearia, and the Temple wants nothing more than to see it dead. Whispers say the Unnamed One walks amongst them, and there is little doubt as to who that person is. Reiv is oblivious to the hopes turning in his direction, just as he is ignorant of a plot being waged against him. He has no time for rumors or innuendos; he is too busy trying to build a new life for himself. But the life he longs for will have to wait. A rebel movement is growing, and Reiv’s cousin Dayn has joined the insurgents in their cause.

Angered by Dayn’s involvement, Reiv reverts to his old self-serving behaviors. He wants nothing to do with prophecies or rebellions, and isn’t sure he wants anything to do with Dayn either. But when tragedy throws Reiv into new turmoil, he finds himself facing a dangerous choice. Someone he loves is dying, and there is only one chance to save him.

Will Reiv choose to be a Transcendor, fated to sacrifice his life for another? Or is he truly the Unnamed One, a hero destined for glory? One will save the life of an individual, the other that of an entire kingdom.

Book 3
The saga of Aredyrah continues as Dayn and Alicine return to Kirador to find things very different from when they left. Their house has been ransacked, their parents missing, and evidence of spell work has put a price on Dayn’s head. Frightened, they go to the nearest place they know of: the homestead of Haskel, a man who has never been accepting of Dayn’s differences, and even less so of his own son’s.

Back in Tearia, Reiv has settled into the quiet life of a Shell Seeker. But while the rhythm of his routine is calm, the longings of his heart are not. He turns to Cora, an eye-catching girl who has also drawn the attentions of Lyal, a man whose hatred of Reiv goes far beyond jealously. But romance is the least of Reiv’s worries. A terrible plague is spreading, and Reiv’s brother, the King, is determined to burn it from the land—even if it means killing innocents along the way.

While Reiv risks annihilation by Tearia’s increasingly brutal king, Dayn suffers challenges of his own. His disappearance from Kirador months before not only ended the existence he once knew, but started a witch hunt that threatens his safety and the survival of his clan.

Both Dayn and Reiv find themselves facing a difficult choice: Leave their homelands in order to save themselves and those they love, or stay and fight an evil they cannot hope to defeat.

Book 4
In this final installment of the award-winning Souls of Aredyrah series, Dayn and Reiv find themselves facing an old foe and falling into the trap of a new one. Struggling to make their way home through a bitter landscape, they soon discover they are not alone. A tribe known as the Taubastets has captured them in a life-or-death scenario, and the tribe’s chief is determined that one of them must be sacrificed. When a young warrior named Tyym vows to see them home, they face decisions that will not only affect their survival, but the spiritual salvation of their world.

While Reiv, Dayn, and Tyym navigate a web of conspiracy and doubt, Dayn’s sister Alicine struggles with loss and the impending threat of invasion. The king of Tearia has not abandoned his quest to slay them, and his seemingly unstoppable army is nearly through the pass. But when Tyym enters the scene, hope is rekindled. Even Alicine cannot deny the charisma of the mysterious warrior who has wormed his way into their lives, and into her heart.

The game is in play. A traitor is in their midst. Can the souls of Aredyrah hope to defeat a monster disguised as a king? Or will they succumb to a darkness beyond their understanding?

Tracy A. Akers is a former language arts teacher and an award-winning author. She grew up in Arlington, Texas, but currently lives in Florida with her husband, three naughty pugs, and a feisty chihuahua. She graduated with honors from the University of South Florida with a degree in Education, and has taught in both public and private schools. She currently divides her time between writing, lecturing, spending time with her family, and costuming at fantasy and science fiction conventions.

Ms. Akers has won numerous awards for her Souls of Aredyrah fantasy series for young adults. As a Florida Book Awards winner, she was acknowledged for her contribution to YA literature by the Governor of Florida during the 2008 Florida Heritage Month Awards Ceremony. Books One and Two of the Aredyrah Series are included in the Florida Department of Education’s 2008 Just Read Families Recommended Summer Reading List. In addition, Ms. Akers has been an invited guest author at major book events and writers’ conferences, a panelist at fantasy and science fiction conventions, and was on the steering committee for Celebration of the Story, a literary event held at Saint Leo University.

The Souls of Aredyrah Series is Ms. Akers’ first series of novels for young adults.

$25 Amazon.com or BN.com Gift Card giveaway Ends 05/31/2014. Open only to those who can legally enter, receive and use an Amazon.com or BN.com Gift Code or Paypal Cash. Winning Entry will be verified prior to prize being awarded. No purchase necessary. You must be 18 or older to enter or have your parent enter for you. The winner will be chosen by rafflecopter and announced here as well as emailed and will have 48 hours to respond or a new winner will be chosen. This giveaway is in no way associated with Facebook, Twitter, Rafflecopter or any other entity unless otherwise specified. The number of eligible entries received determines the odds of winning. Giveaway was organized by Kisha from Indie Hoopla Services & Promotions, http://indiehoopla.com and sponsored by the author. VOID WHERE PROHIBITED BY LAW.
a Rafflecopter giveaway
Posted by K Garcia at 12:00 AM No comments: 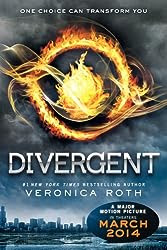 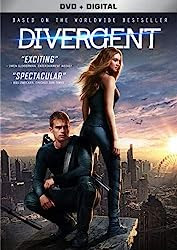 Now that I've watched the movie and read the book, I'm ready to do my review. So, yes, you are getting 2 reviews for the price of one :). Let's start with the book.

In Beatrice Prior's dystopian Chicago world, society is divided into five factions, each dedicated to the cultivation of a particular virtue--Candor (the honest), Abnegation (the selfless), Dauntless (the brave), Amity (the peaceful), and Erudite (the intelligent). On an appointed day of every year, all sixteen-year-olds must select the faction to which they will devote the rest of their lives. For Beatrice, the decision is between staying with her family and being who she really is--she can't have both. So she makes a choice that surprises everyone, including herself.

During the highly competitive initiation that follows, Beatrice renames herself Tris and struggles alongside her fellow initiates to live out the choice they have made. Together they must undergo extreme physical tests of endurance and intense psychological simulations, some with devastating consequences. As initiation transforms them all, Tris must determine who her friends really are--and where, exactly, a romance with a sometimes fascinating, sometimes exasperating boy fits into the life she's chosen. But Tris also has a secret, one she's kept hidden from everyone because she's been warned it can mean death. And as she discovers unrest and growing conflict that threaten to unravel her seemingly perfect society, Tris also learns that her secret might help her save the ones she loves . . . or it might destroy her.

I read the book after I saw the movie so it gave me a chance to compare the two. There were several changes that they made to the film that were not necessarily in the book. There were also some things in the book that I would have loved to seen in the movie because I feel it would have made myself, as a viewer (and future reader of the first book), more invested.

But getting back to the book, I have to say that the characters felt "real." The societal themes such as conformity, finding a place to belong and, in general, growing up and leaving home, all helped to move the novel along and keep me invested the entire time.

The romance was so-so but that didn't deter me from finishing the book.

I will pick up the next book in the series to see what happens to the main characters.
Now on to the movie review.

Disclaimer: I received no compensation from the author, publisher or film companies for this honest review.

As I mentioned above, I saw the movie before I read the book. The action sequences, the plot and the overall acting were enough to make me pick up the book to see what else might be hidden in the book that didn't make it to the film.

Both the film and the book were worth my time to watch and read and, yes, I would recommend them to others.
Posted by K Garcia at 12:00 AM No comments: