#IndieHooplaPromos Tour: The Guardians of Man (Part 2 of 2)


I'm excited that I get to host on this tour because I met Lori several years ago and she's an amazing person and author. Crystal, I hope to get to know better. So ladies, I'm putting you in my hot chair, one at time of course, to see what myself and readers can learn about two authors working as one. Time to play 10 questions with Crystal!

Do you prefer to write with a typewriter, pen and paper, or a computer?
Hi guys! Thanks so much for your time today. I like to write everything out by hand, once I get to the point where I’m satisfied I type it out and save it for my editor.

Do you need music or silence to write?
Once I start writing it doesn’t matter what’s going on around me. Once I started writing while I was in a movie theater. The movie wasn’t boring but sometimes, especially when I get to a certain point in the story, my writing trumps everything

Did you read a lot as a child?
As far as reading is concerned I was a late bloomer. I really didn’t start reading on my own until Jr. High.

How did you pick your cover art? What was the inspiration?
For the covers of In the foothills of Mt. Empyreal our inspiration came directly from the stories, which is why there are angels and birds on both covers. Our cover artist for this project is Rebecca Treadway over at http://atrtink.com/

I’ve worked with her before, this was Lori’s 1st time working with Rebecca but because I trusted her so completely Lori trusted her too. We sent her a few images and gave her an idea of what we wanted then we stepped back and let her run with it.

Because both books revolve around the same event and takes place in the same location, but are completely stand alone stories she reversed the images and joined both books together by using fire and ice color schemes. We both approved the very 1st concept.

What would you like to be remembered for?
Hopefully for the little things, for my random acts of kindness, something nice that I said. I hope that I can be forgiven for the times I was bullheaded or intentionally cruel because I let my anger get the best of me or I wanted to hurt someone for hurting me. Being a good person is hard and I haven’t always been that, so hopefully if I do what I need to, if I can think before I speak, to think before I act, I can be remembered as being a good person.

Are there any of your characters that are based off of any people in real life?
No. Some of my characters do and say things that remind me of people I know in real life and after the release of my story The Monster I had distant cousins contact me asking if some of the characters were based on family members, that was fun but, it was just a coincidence.

Of your characters, whom do you favor most, and why?
I don’t have an all time favorite but for instance like in the Spectrum Trilogy there are parts in the story as a whole where one character will blow me away.

How long did it take you to write your very first novel?
My very 1st novel The Darkness took five years to write, but I wasn’t writing full time.

Of your characters, who is it that you just love to hate? Why is that?
Lol, sometimes they piss me off but I don’t hate any of my characters. When I was working with Lori on Mt. Empyreal I created a character named Khrystle that I wasn’t really feeling but Lori wanted to keep her and that made me resent her for a while but I didn’t hate her.

How old were you when you first started writing?
Well I always told really creepy stories, I remember being invited to slumber parties for the sole purpose of telling a spooky story but I really didn’t start writing them down until I was in Jr. Highschool.

The Guardians of Man by Connor Titus

In the valley of Mt. Empyreal, the fight for humanity has already begun.

In the mountain community of Fate's Keep, the global power outage and the onset of winter are only the beginning of what is yet to come. Along with the first snowfall, an ancient evil has come. With time running out, will the Guardians be able to save mankind? 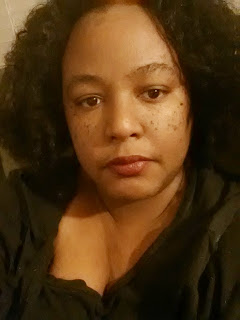 Lori Titus is a native Californian with a penchant for stories that are twisted, scary, or both. She also enjoys a dash of romance in her storytelling when she can get away with it! She is the author of Hunting in Closed Spaces (The Marradith Ryder Series, Part 1). She is also half of the writing team known as Connor Titus (with author Crystal Connor) and has co-authored two novels, The Guardians of Man and The End Is Now. Lori has authored many short stories and two novellas, Lazarus and Hailey's Shadow. Some may know her as the Managing Editor at Flashes in the Dark. Upcoming work for 2015 includes a novel called The Bell House and the second installment of the Ryder Series. 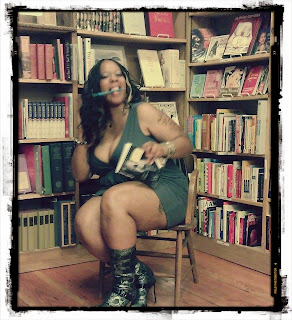 
Washington State native Crystal Connor has been terrorizing readers since before Jr. high School and loves anything to do with monsters, bad guys, rogue scientific experiments, jewelry, sky-high high heel shoes & unreasonably priced hang bags. She is also considering changing her professional title to ‘dramatization specialist’ because it’s so much more theatrical than being just a mere drama queen. Along with inducing insomnia within her readership Crystal also reviews indie horror and sci-fi movies for HorrorAddicts.net

1 winner will receive their choice of an all new Kindle Fire HDX 7" (US Only - $229 value) or Amazon Gift Card ($199 value/ International) Ends 12/17/2014. Open only to those who can legally enter. Winning Entry will be verified prior to prize being awarded. No purchase necessary. You must be 18 or older to enter or have your parent enter for you. The winner will be chosen by rafflecopter and announced here as well as emailed and will have 48 hours to respond or a new winner will be chosen. This giveaway is in no way associated with Facebook, Twitter, Rafflecopter or any other entity unless otherwise specified. The number of eligible entries received determines the odds of winning. Giveaway was organized by Kisha from Indie Hoopla Services & Promotions, http://indiehoopla.com and sponsored by the author. VOID WHERE PROHIBITED BY LAW. a Rafflecopter giveaway
Posted by K Garcia at 12:00 AM